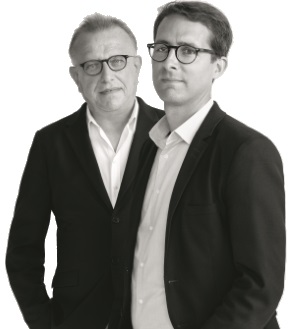 I cannot believe that it has been almost a year since Moet & Chandon announced that Richard Geoffroy was stepping down from his role as chef-de-cave at Dom Pérignon.  At the release event for the 2008 vintage, Richard had introduced us to Vincent Chaperon (on the right in the photograph), the new head winemaker.

A year later and Vincent was once again in London to reveal the darker side of Dom Pérignon.  Before you reach for your Dan Brown novel and imagine hidden histories, I’d best add that the focus was not so much dark, as pink: the new vintage of Dom Pérignon Rosé.

At just a few percents of the total production, Dom Pérignon Rosé (often acronymised to “DPR” – we Champagne geeks love to be cryptic), continues the theme of reductive winemaking.  Naturally, the wine possesses the same impeccable balance and textural finesse, yet at the same time exploits the power and aromatic qualities of Pinot Noir with its exquisite fruitiness and ability to stretch the palate on the finish.

One fascinating fact is that the Shah of Iran was the first buyer of this wine, purchasing just a few hundred bottles of the inaugural 1959 vintage to celebrate the 2500th anniversary of the foundation of the Persian Empire.  That 1959 vintage was never made commercially available, as 1962 was the first officially released vintage.

How to Make a Rosé Champagne

To all intents and purposes, rosé champagne is produced using one of two methods.  Dom Pérignon is made using the ‘assemblage’ method (which is preferred by many of the Grandes Marques).  This involves vinifying red wine separately, then blending it with the white base wines before bottling for secondary fermentation. Assemblage, however, isn’t just a case of adding a splash of red wine to a tank of Champagne; the best rosés are the result of very specific viticulture and sympathetic winemaking.

Most growers tend to favour the other process, known as ‘saignée’ (which literally translates as “bleeding”): the pressed juice is kept in contact with the red grape skins for a short period of time, extracting colour and flavour before the light pink juice is ‘bled’ off, for secondary fermentation.

Many people claim preference for the saignée method because it feels less interventionist and perhaps more honest.  While I enjoy many rosés made this way, it would be fair to say that the results can be inconsistent.  Not only that, but the winemaker has figuratively put almost all of their eggs in one basket, losing the opportunity for adjustment during the all-important blending phase.

A Red Wine (But Not as we Know it)

The Pinot Noir used for DPR’s red wine component comes from dedicated vineyards, usually from the superb south facing plots in Aÿ, occasionally from Hautvillers and Bouzy, and rarely, Verzenay.

These vineyards are ideally placed to maximise phenolic maturity, including achieving the desired colour in the skins.  Vincent’s target is to harvest grapes at more than 11 degrees potential alcohol (compared to 10 degrees for Pinot Noir destined for traditional pressing).  Such vineyards are exceptional in Champagne, and the reason Vincent gives as to why more Dom Pérignon rosé isn’t made: “The limiting factor is the red wine.”

The red wine vinification is loosely ‘Burgundian’, although the fermentation happens in stainless steel.  Vincent and former chef-de-cave Richard Geoffroy had previously experimented with a ‘cold soak’ (chilling the unfermented juice down to a low temperature, stalling fermentation while colour is extracted), but discovered there were “more problems and risks” from oxidation and bacterial contamination.  For now, they continue with a more traditional short maceration.

The red wine component can be anywhere between 12 and 28 percent of the blend.  28% sounds rather high, doesn’t it?  But remember, we’re not talking about a full-on red burgundy, but rather a “very light red wine, with low extraction and smooth tannin”.  Aggressive, powdery tannins are indeed the enemy of fine champagne, they completely subsume any subtle, aromatic delicacy imparted by autolysis.

We also tasted three other vintages to help “contextualise” the 2006 vintage.  Two out of three were also from warmer, ripe vintages, showing that even Dom Pérignon cannot escape the reality of climate change.

Warmer vintages generally mean lower acidity, and over the past decade dosage levels have dropped accordingly from around 9g/l to nearer 6g/l.  The wines are correspondingly more powerful too, demanding longer on the lees to integrate the red wine component.

These wines are part of a small, select group of rosé Champagnes that reward longer cellaring.  If you love the smooth toasty complexity of older Champagne (as opposed to the aromatic typicité of a newly released rosé), it is recommended that you cellar your bottles towards the middle of my drinking windows as indicated below.

(2019) Dom Pérignon has surely delivered two of the best expressions of the 2006 vintage. Lovely nose, the red fruit aromas have moved to the darker end of the spectrum: sour cherry, plum, and reductive smokiness. Superb mouthfeel, so silkily smooth and creamy already.  Dense and chewy, with a lovely sweetness of fruit yet not heavy or clumsy at all.   The signature toastiness is already present: I find some coffee and walnut tones on the mid-palate, slightly forward but not fully resolved.  The finish is rather strict, bitterness from undeveloped, dry extract suggesting a bright future ahead. If you can keep your hands off it, drink this from 2021 until 2036. (SP)
(2019) Only my second encounter with this wine since its initial release.  So not toasty!  The nose delivers an intense blast of banana oil (possibly a consequence of the combined effects of drought and reduced yields). The attack is somewhat gentle, the aromas building through mid-palate.  The fruit is super dense, coating the palate with its viscosity.  Chewy, powerful, rather potent, an unusually early drinker for a Dom Pérignon release. A strong similarity to the blanc version here, and again, I’d probably wait for the P2 or P3 versions of this wine as extended lees aging should help manage the excesses of the vintage.  Drink from 2019 until 2023. (SP)
(2019) The 2004 vintage has all the precision one looks for in the best vintages.  Several years since disgorgement and still so light, primary and fresh.  Supremely understated, yet there is so much complexity underneath the pretty, flowery veneer: cranberries, grapefruit, and a delicate note of raspberry.  All of this is nicely braced by firm acidity.  A classic Dom Pérignon that will age gracefully, slowly building in weight.  Drink from 2021 until 2036. (SP)
(2019) When I tasted this wine early in 2018, I noted: "an austere reticence that is quite uncommon for a 2005”.  One year on, the wine is beginning to build some fruit.  Stylistic somewhere between 2004 and 2006.  Medium weight, with a bouquet of crunchy red fruits, that picks up some tangerine zest on the back of the palate. This has good potential, although one to bury at the back of the cellar to allow the fruit to build.  I wouldn’t broach the first one until 2022, should hold nicely for a decade beyond that. (SP)