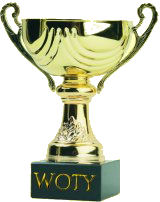 My annual Wines of the Year have been published since 1997- the best wines I have tasted in seven different categories, plus two extra categories: ‘Dud’ of the Year, and ‘Thing’ of the Year.

As always, I am looking for your entries to be added to this feature too. Your ‘dud’ can be the worst, or most disappointing wine you have tasted – it could be a cheap wine that was truly horrible, or an expensive wine that really didn’t deliver. ‘Thing’ is a catch-all category: many people have suggested I add extra categories – ‘Restaurant of the Year’, ‘Wine Merchant of the Year’ and so on – but rather than have an ever-expanding range of categories, please use ‘Thing’ as imaginatively as you like.

As always, a hugely difficult exercise. In the course of the year I had my first ever trip to Lebanon which excited me hugely and I was treated to so many remarkable and rare old vintages back to the 1930s. I also spent a week in South Africa judging their Trophy Wine Show and tasting the country’s top wines and a special tasting of old vintages. And then there was the Primum Familiae Vini lunch where 11 of the world’s top estates showed a pair of wines representing their most classic vintages. In the course of other foreign trips to taste and judge, tastings in this country, eating at some fabulous restaurants and of course dipping into my own cellar, it really was another great year that made this a very tough task. As always I allow myself the privilege of another bakers’ dozen superb wines I tasted in 2012, that could so easily have made the list above: