Fifty-one seconds of pure genius in Wines of Portugal’s little video, shot to promote Tom Cannavan’s “50 Great Portuguese Wines” which will be unveiled and on tasting in London on June 6th, and then in Edinburgh on June 8th. Tom’s choice of these wines follows his year as Portuguese Wine Writer of the Year, and six fact finding visits to Portugal’s wine regions where he tasted over 1000 wines. The London and Edinburgh events are free, and are aimed at anyone involved with wine professionally. You can register here. The video really is worth watching with the sound up – OTT or what? 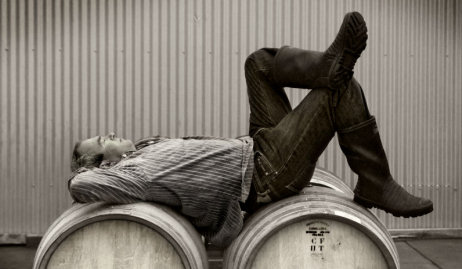 Kevin Judd is one of the world’s best known winemakers after making 25 vintages at Cloudy Bay, and having launched his cult Marlborough wine brand last year, Greywacke. But his fame also extends in a totally different field: photography. Kevin’s permanent gallery and storeroom was housed in a Marlborough restaurant called Gibb’s. During one night in early February an electrical fault in a wine fridge started a fire that burned Gibb’s to the ground. “Naturally the fire led to a considerable loss,” Kevin told wine-pages, “both in terms of losing our best restaurant and about NZ$5000 worth of framed photos and canvases.” Kevin said he was still working through the insurance aspects of this miniature disaster for gourmets and artistic types across the country.

Or maybe not. It seems that Chinese demand for fine wine shows no sign of diminishing. Buyers at a sale of some of Château Latour’s bst vintages held by Christie’s auction house in Hong Kong at the end of May snapped up some rare and highly regarded bottles at eye-watering prices. Highest price acheived was for an imperial (equivalent to eight standard bottles) of Château Latour 1961, which sold for £135,000, whilst another imperial of the 1982 vintage went for a highly affordable £44,000. Commenting on the sale Gary Boom, founder and MD of London-based fine wine merchant Bordeaux Index, said “Quite simply, when you have perfect provenance and a squeeze on supply then it’s no surprise that prices reach these levels.” 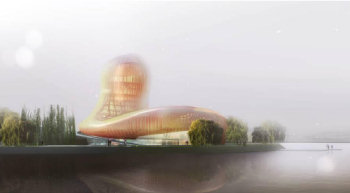 Plans have been revealed to construct a new, state of the art, International Wine Cultural Centre in Bordeaux City Centre. Designed by Parisian architect X-TU and London based museum and exhibition design agency, Casson Mann Limited, the new visitor attraction will sit on the banks of the River Garonne and is forecase to open in 2014. The building’s curved design is said to be “reminiscent of wine flowing through stemmed glasses,” and will be built of wood and glass, both materials closely associated with wine. Alain Juppé, Mayor of Bordeaux and Minister of Foreign Affairs in France, supported by the wine industry, is “working towards creating this new visitor attraction.”

It’s that time of year again when major wine competitions announce their award winners. This year Tom Cannavan was a judge at the prestigious Decanter World Wine Awards, the results of which were announced during the London Wine Trade Fair in May. The full results are available at www.decanter.com/dwwa, but as a sample, Regional Trophy winners included Château Boutisse 2008 St-Emilion Grand Cru (Red Bordeaux over £10); Romain Duvernay 2009 Hermitage red (Rhône Red over £10); Fernando de Castilla Antique Amontillado (Dry Sherry over £10) and Houghton 2007 CW Ferguson Cabernet Malbec (Australian Red Blend over £10).

A vine day out for Dads 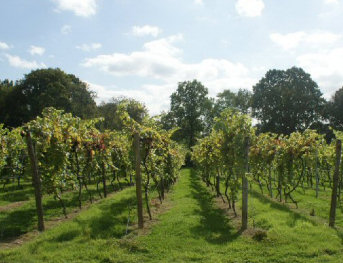 If you are in the market to buy (or are simply dropping heavy hints that you’d like to receive) a father’s day gift, Bolney Wine Estate in Sussex might have the answer: your very own vine at their award winning English Vineyard. The 19th June is the date, and Bolney suggests their Adopt-a-Vine Gift Pack, which allows you to dedicate a vine to your dad for 12 months. They say “This unusual gift includes a mini tour of the vineyard and a tutored tasting of the Estates’ award-winning English red wines for two people. At the end of the tour, your dad will be presented with two bottles of wine to take home and enjoy at his leisure and can also enjoy a 10% discount on all wines purchased at the vineyard shop. The cost is £59.00 from www.bolneywineestate.co.uk or call 01444 881894.